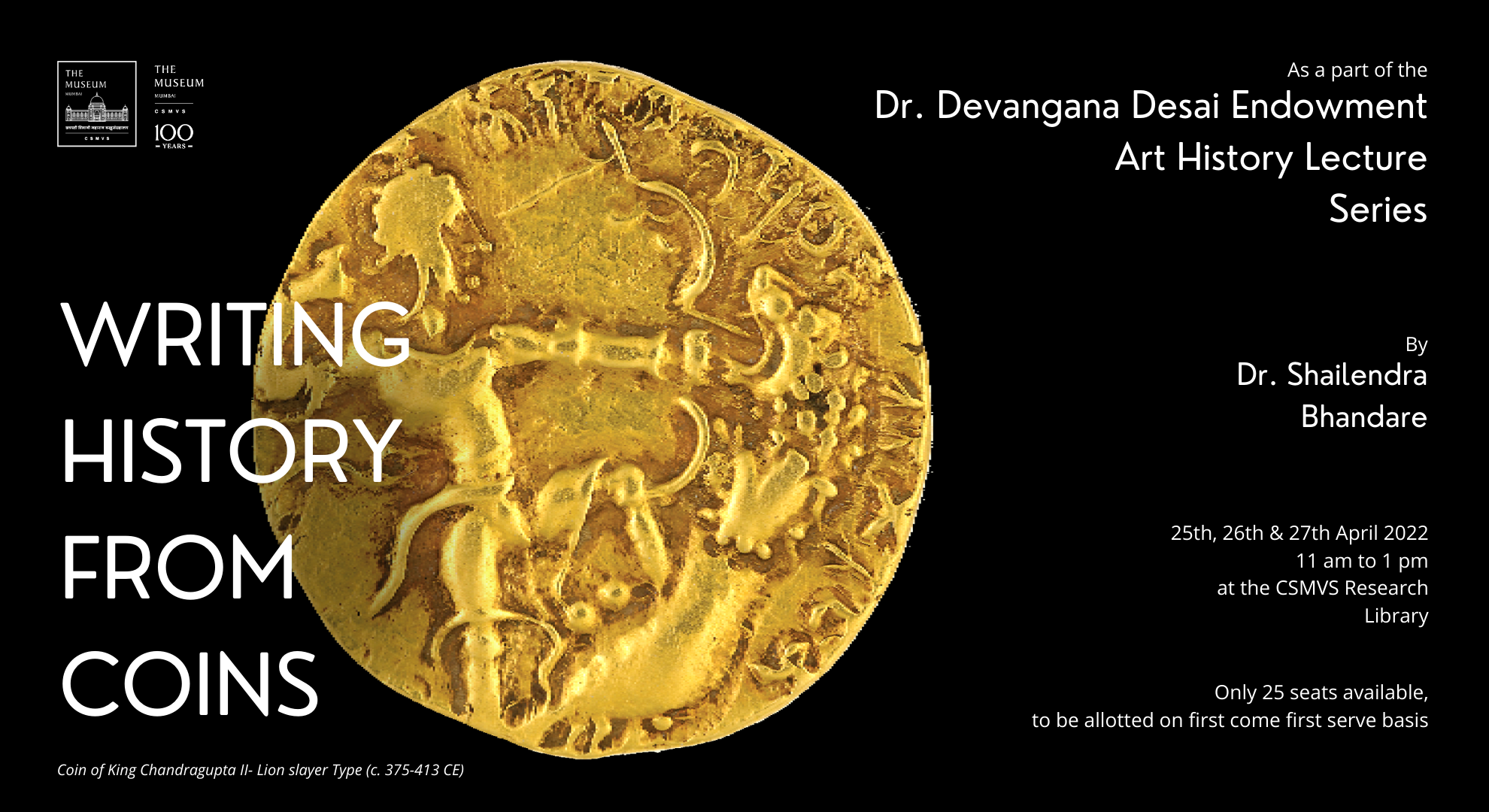 Writing History from Coins  – Masterclass on the role coins play in reconstructing Indian History, including data, techniques and methodologies.

Seats will be given on a first come first seat basis

Shailendra Bhandare is Assistant Keeper, South Asian and Far-eastern Numismatics and Paper Money Collections, a Fellow of St Cross College and a member of Faculty of Oriental Studies. He started his career as a Numismatist with a visiting fellowship at the Fitzwilliam Museum, University of Cambridge. He was then appointed as a post-doctoral fellow of the Society for South Asian Studies, and worked as a curator in the British Museum on the coins of Later Mughals and the Indian Princely States. He was appointed as curator of coins in the Ashmolean Museum in 2002.

The Dr. Devangana Desai Endowment Programme aims at the propagation of research and dissemination of study of ancient, medieval and pre-modern (until 1900s) art, archaeology, architecture, culture and history of India.