The Swans of Light
– The Indian Lamps

One of the most important milestones in the history of mankind is the discovery of fire. It has played a very crucial role in the progress and development of man and therefore, in India, fire and lamps are considered very auspicious.

In earlier times, lamps were perhaps only wicks lit in hollows or shallow depressions in stone. Later on, lamps were made of sea shells, clay and various metals like brass, copper and silver. In the Ramayana and the Mahabharata, there are references to lamps made of gold. The earliest lamp was simple – a small bowl made of clay with a beak-like projection, popularly known in Marathi as Panti and Diya in Hindi. Interestingly, this lamp is found in India from as early as the Harappan period (3300 BCE to 1800 BCE) and continues to be in use till date! 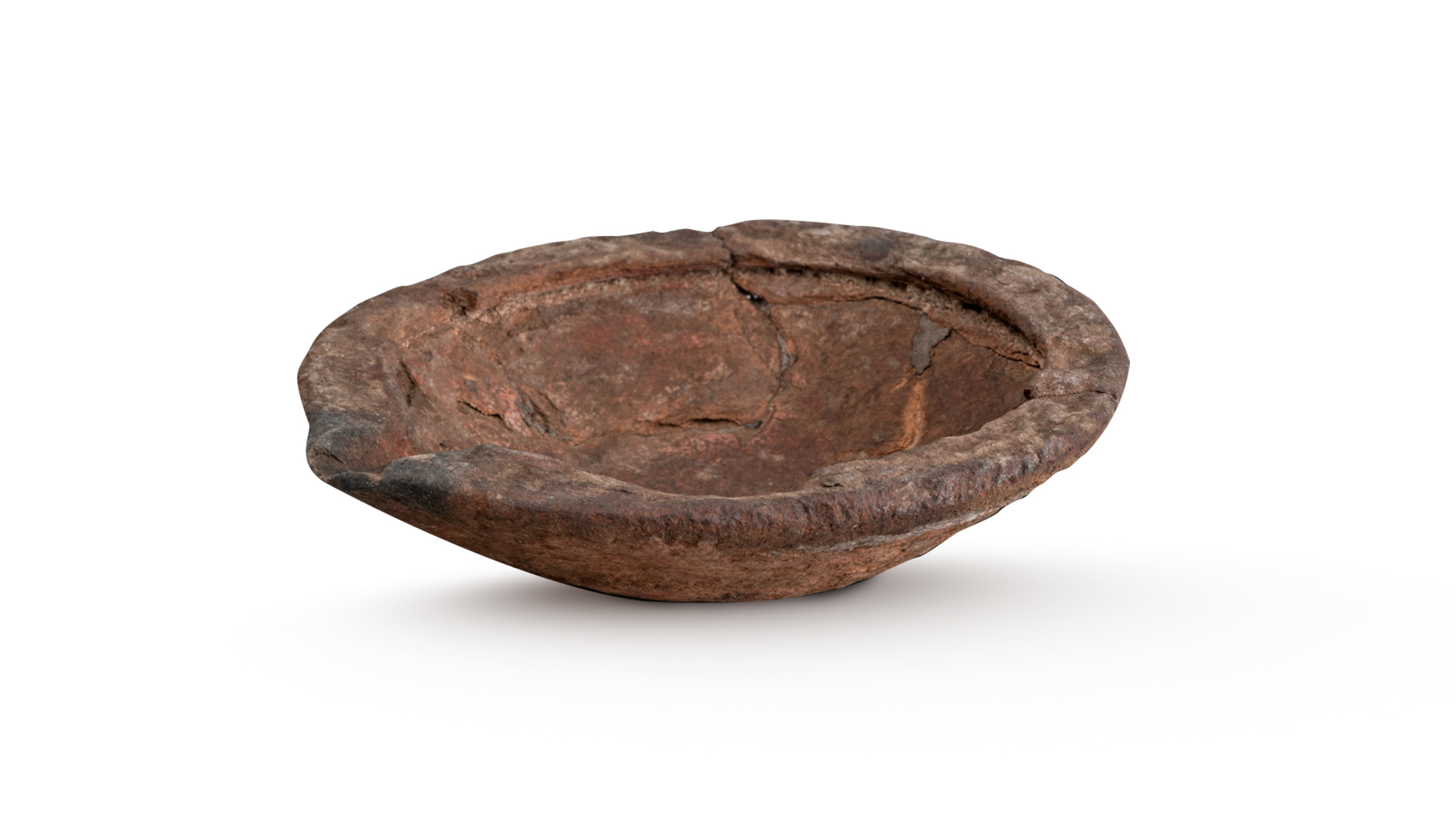 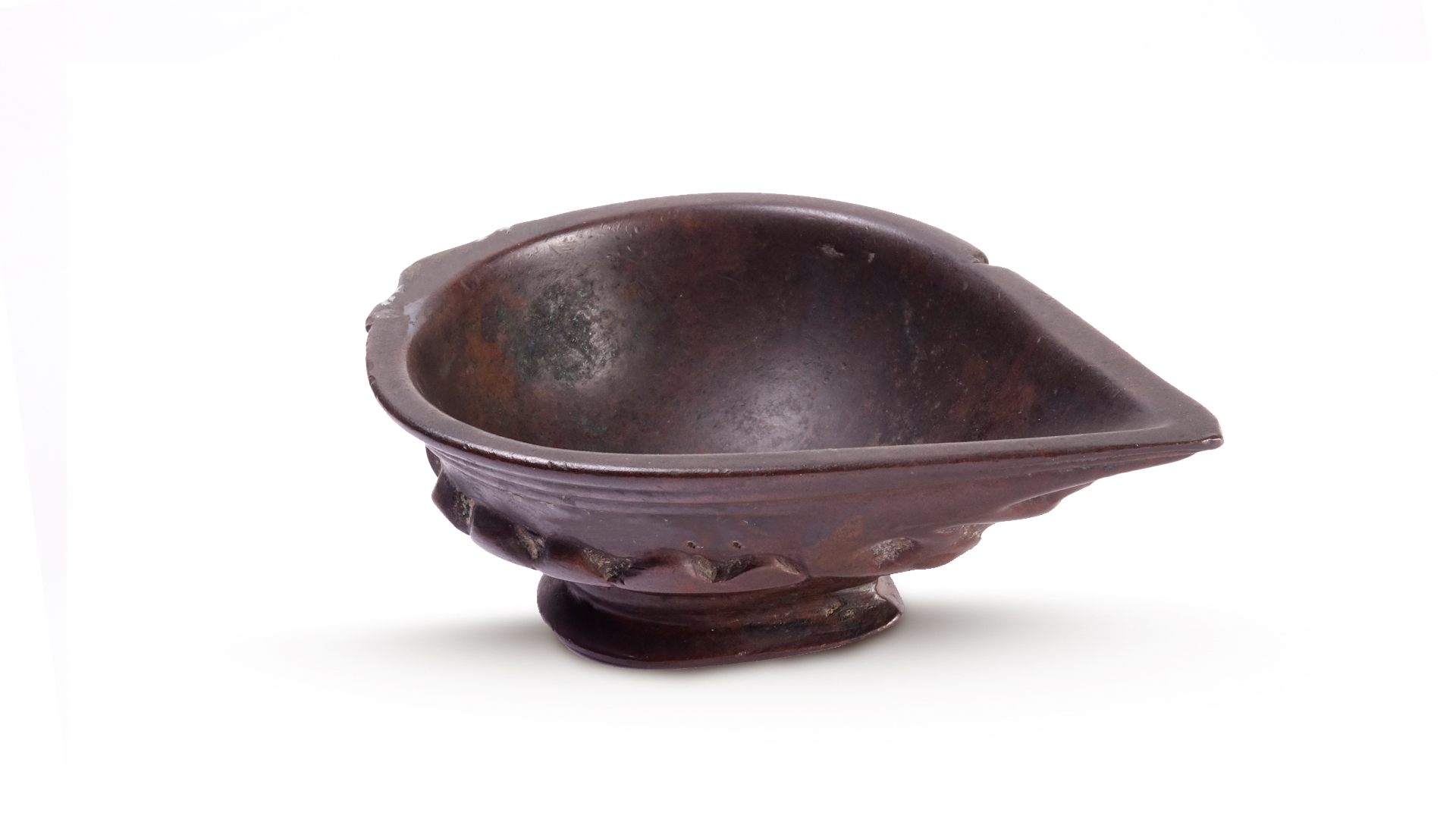 In India, the lamp symbolises the human body and the flame symbolises the soul. Thus the individual is a Deepak (lamp) and the soul is a jeevan jyoti (the flame of life). Indians believe that the soul is immortal. Even after the death of a person, a lamp is lit to guide the departing soul into the afterlife. At every stage of life, therefore, lamps are lit to celebrate the eternal life force. In earlier times, special lamps were lit at coronation ceremonies, on the return of a victorious warrior and at every other important occasion. The aarti (ritualistic adoration with lit lamps) is performed even today to strengthen and establish relationships between man and God, brother and sister, wife and husband, and mother and child. Ancient texts mention Deepadaan (gifting of lamp) as an act of high merit. There are several festivals connected with lamps – Deep Amavasya (July – August), Diwali (October – November) and Ganga poojan which are celebrated with great pomp. 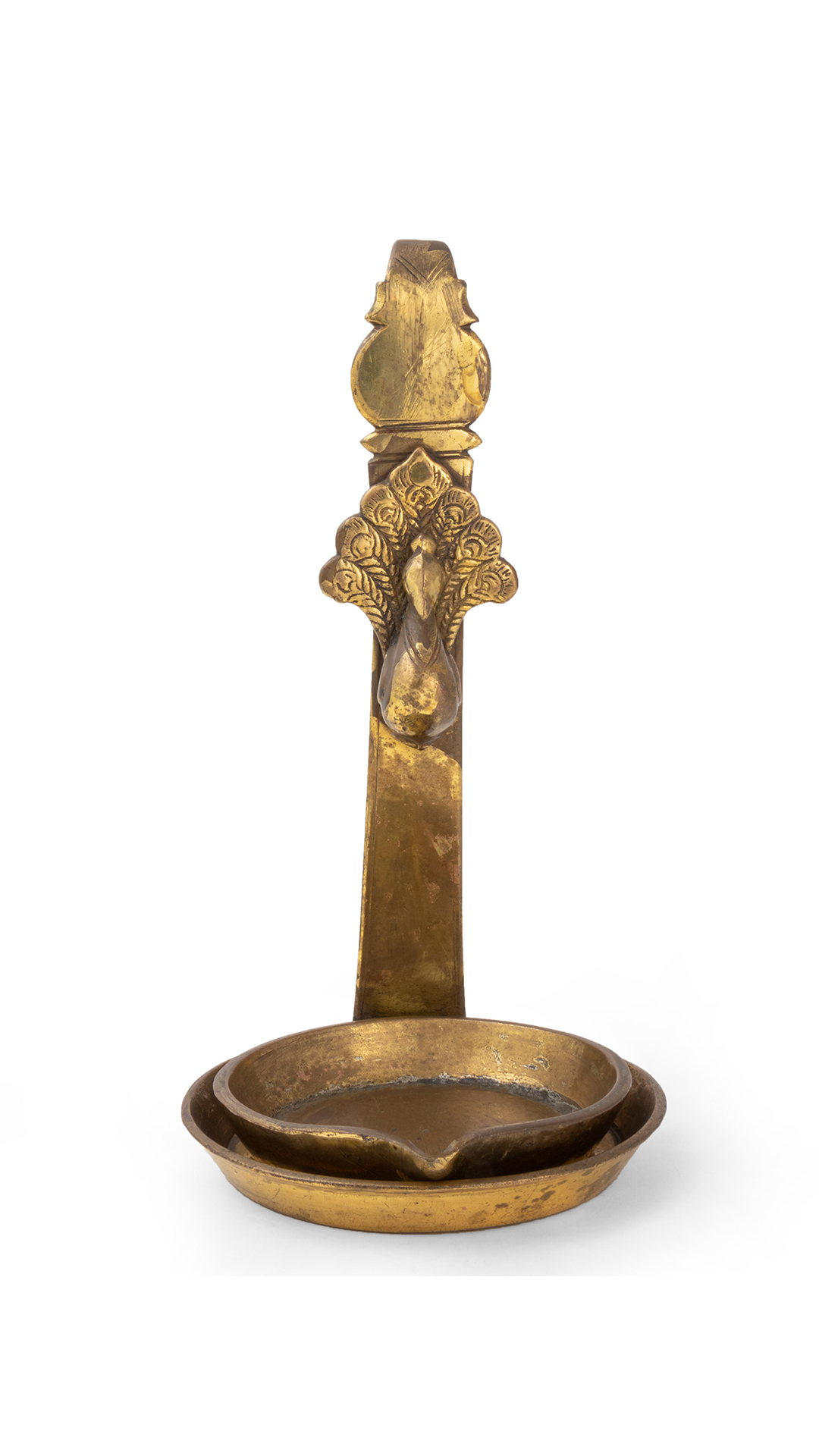 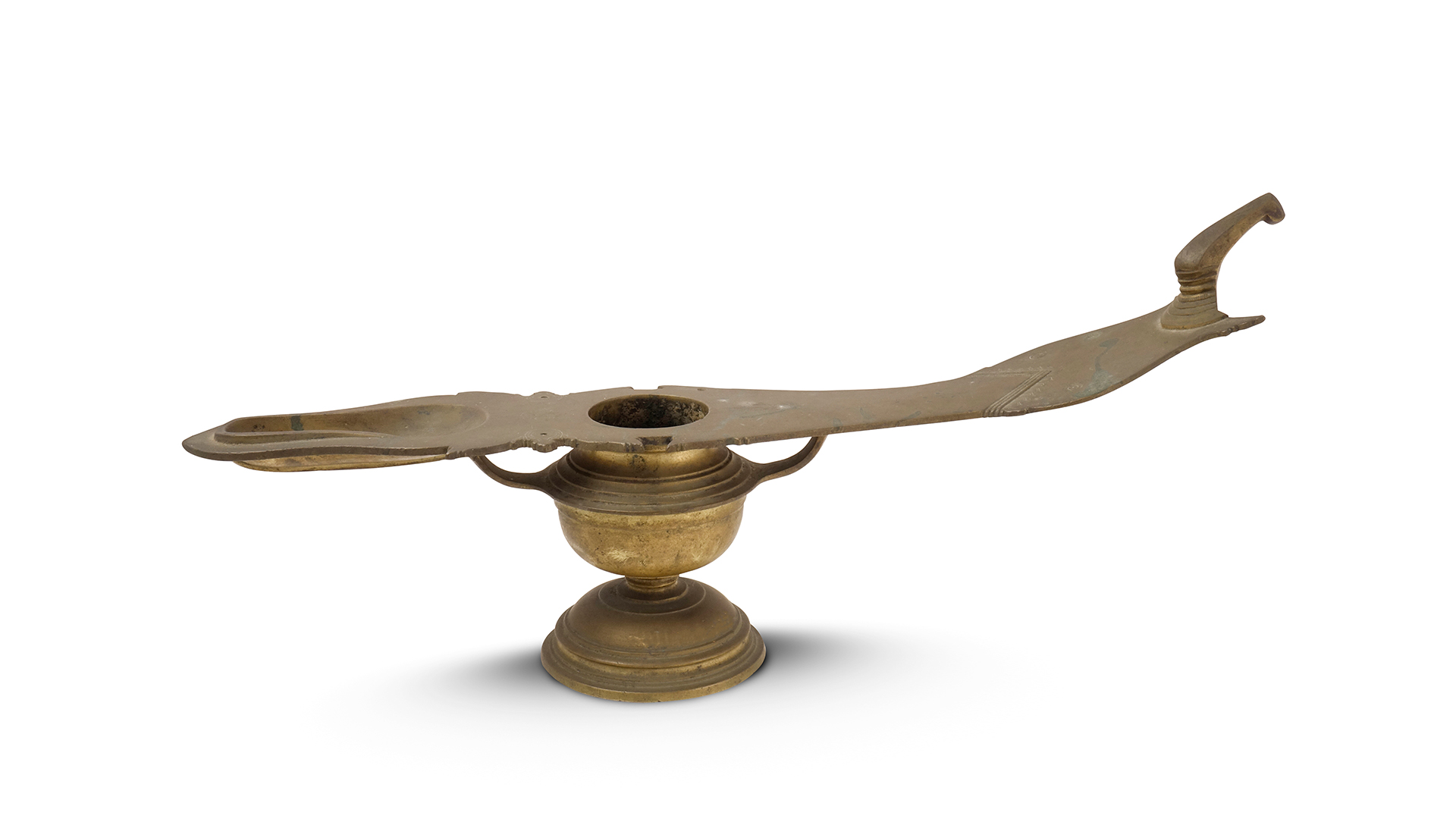 With the passage of time there has been innovation in the types and shapes of lamps meant for different occasions and requirements.

This small exhibition is a homage to lamps.

Lead us from Darkness to Light

Every year, on the dark nights of Diwali thousands of lamps and sounds of firecrackers announce the celebration of the favourite festival of Indians. Homes are decorated with paper lamps (akash kandeel), and thousands of oil lamps are lit to create a world of fantasy. Of all the festivals celebrated in India, Diwali is the most glamorous and important. Enthusiastically enjoyed by people of every religion, its magical and radiant touch creates an atmosphere of joy and festivity.

There are several legends about how Diwali evolved into such a widely celebrated festival. In the north, particularly in Uttar Pradesh, the Punjab, Haryana, Bihar and the surrounding areas, Diwali is the day when King Rama’s coronation was celebrated in Ayodhya after his victory over Ravana, the demon king of Lanka. On his victorious return, the boundaries of Ayodhya were lit up with rows of lamps to welcome King Rama and his Queen Sita after fourteen years of exile. 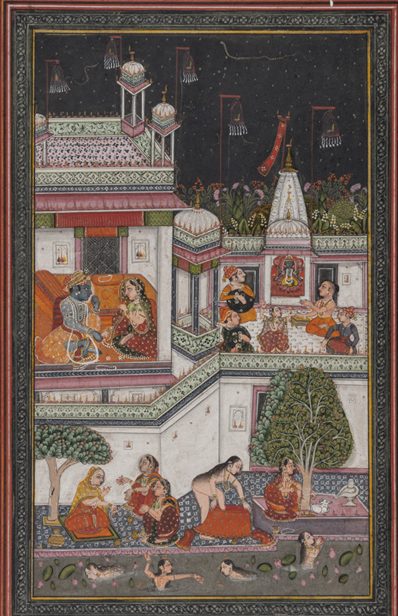 Another legend is of King Bali, the benevolent demon king of the netherworld. He was so powerful that he became a threat to the power of gods and their kingdoms. Intimidated by his expanding empire and taking advantage of his well-known generosity, they sent Vishnu as the dwarf mendicant Vamana, to dilute Bali’s power. Vamana shrewdly asked the king for land that would cover three steps as he walked. The king happily granted this gift. Having tricked Bali,Vishnu revealed himself in his full glory He covered the heaven in his first step and the earth in his second. Realising that he was pitted against the mighty Vishnu, Bali surrendered and offered his own head inviting Vishnu to step on it. Vishnu pushed him into the netherworld with his foot. In return Vishnu gave him the lamp of knowledge to light up the darkness in Hell. He also gave him a blessing that he can come to the earth once a year to lit millions of lamps from this one lamp so that on the dark new moon night of Diwali, the blinding darkness of ignorance, greed, jealousy, lust, anger, ego and laziness would be dispelled and the radiance of knowledge, wisdom and friendship prevail. Each year on Diwali, even today, one lamp lights another and like a flame burning steadily on a windless night, brings a message of peace and harmony to the world. 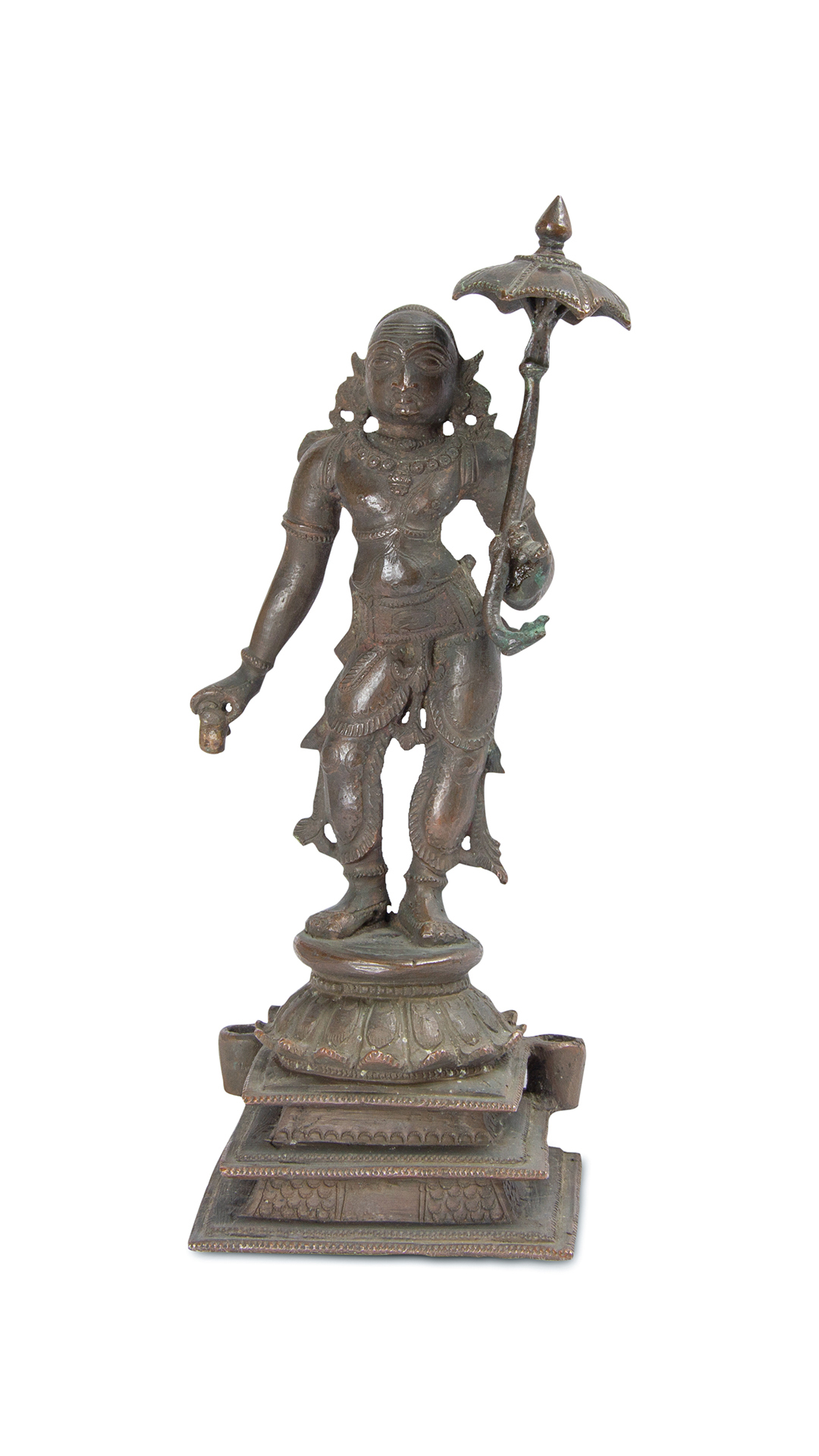 Hanging lamps are generally used as a backdrop to images in temples and household shrines. As they are hung high these lamps cast its light broadly and illuminate the images of deities placed in shrines. 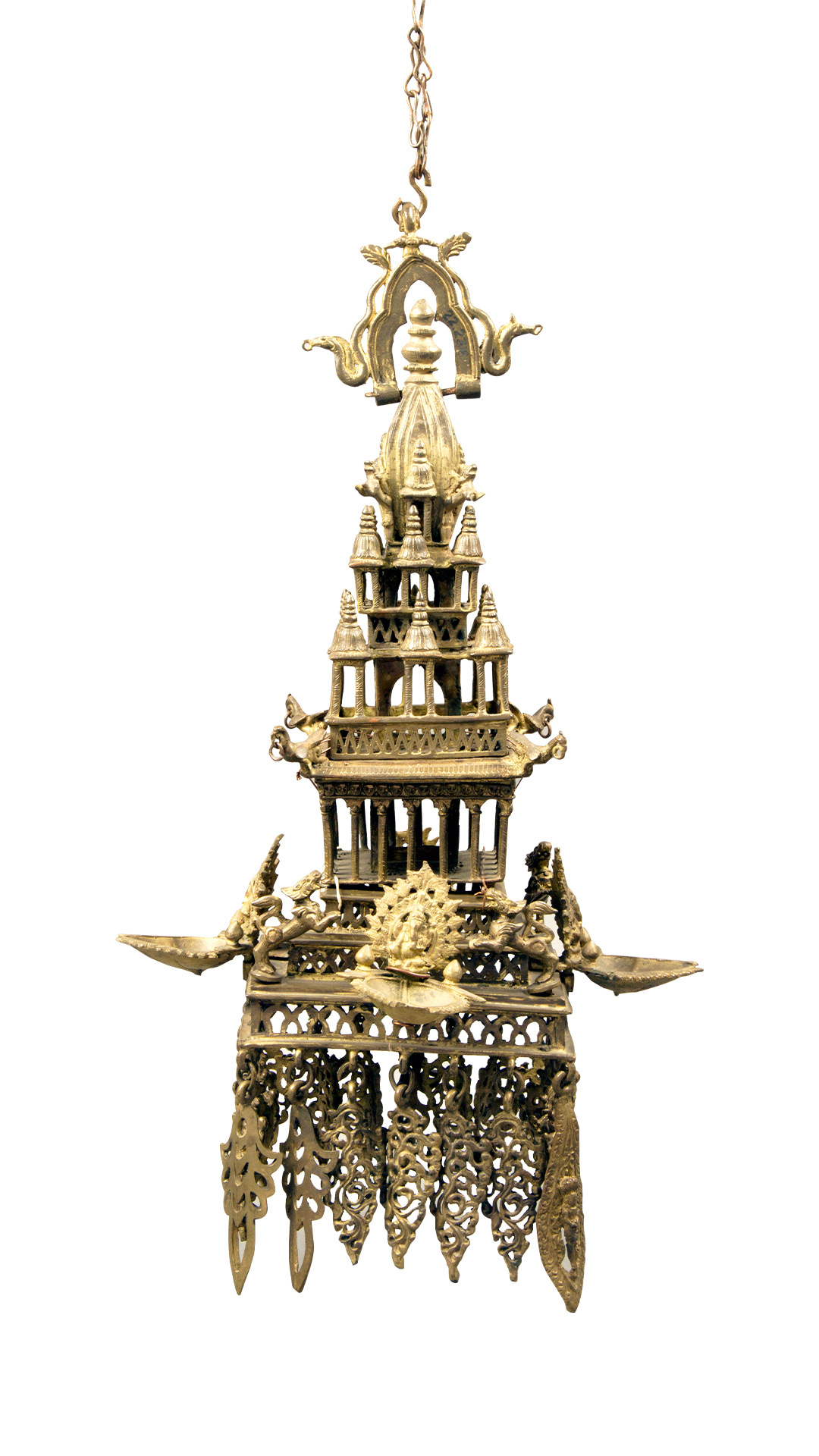 Hanging Lamp in a shape of a Temple 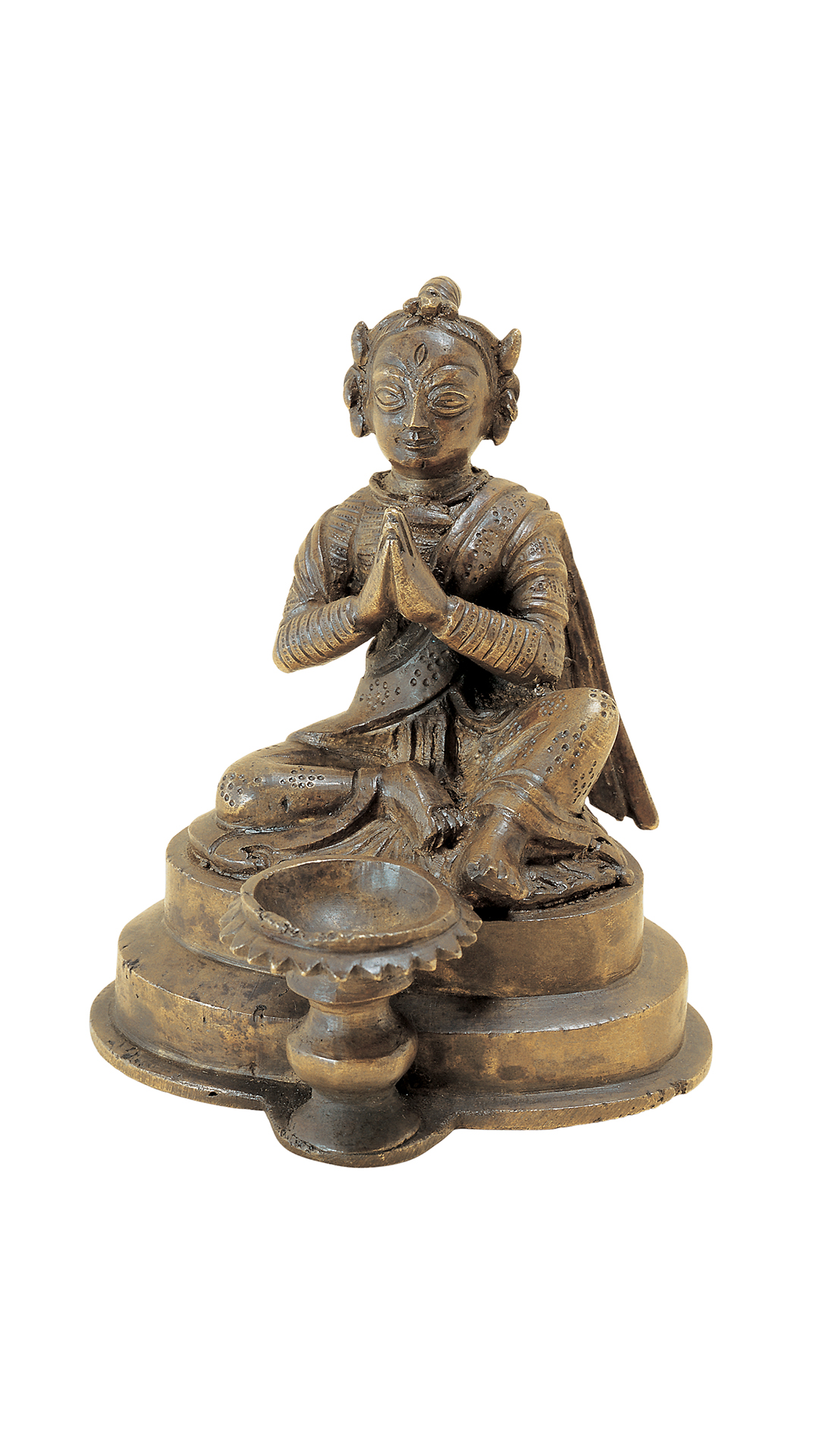 Smriti Dipas are lamps offered as votive gifts to deities in memory of dearly departed ones. These lamps are generally made of metal and depict a male or female figure with folded hands with a lamp in front.

This type of lamp is popular throughout India. The lamp depicts an elegant and richly attired woman, who signifies Lakshmi with a lamp in her hands. Dipalakshmi is generally shown standing on a lotus or elephant. In some parts of India, there is the practice of gifting Dipalakshmi on an elephant to newlywed daughters at festival time to bestow her with prosperity and fertility. 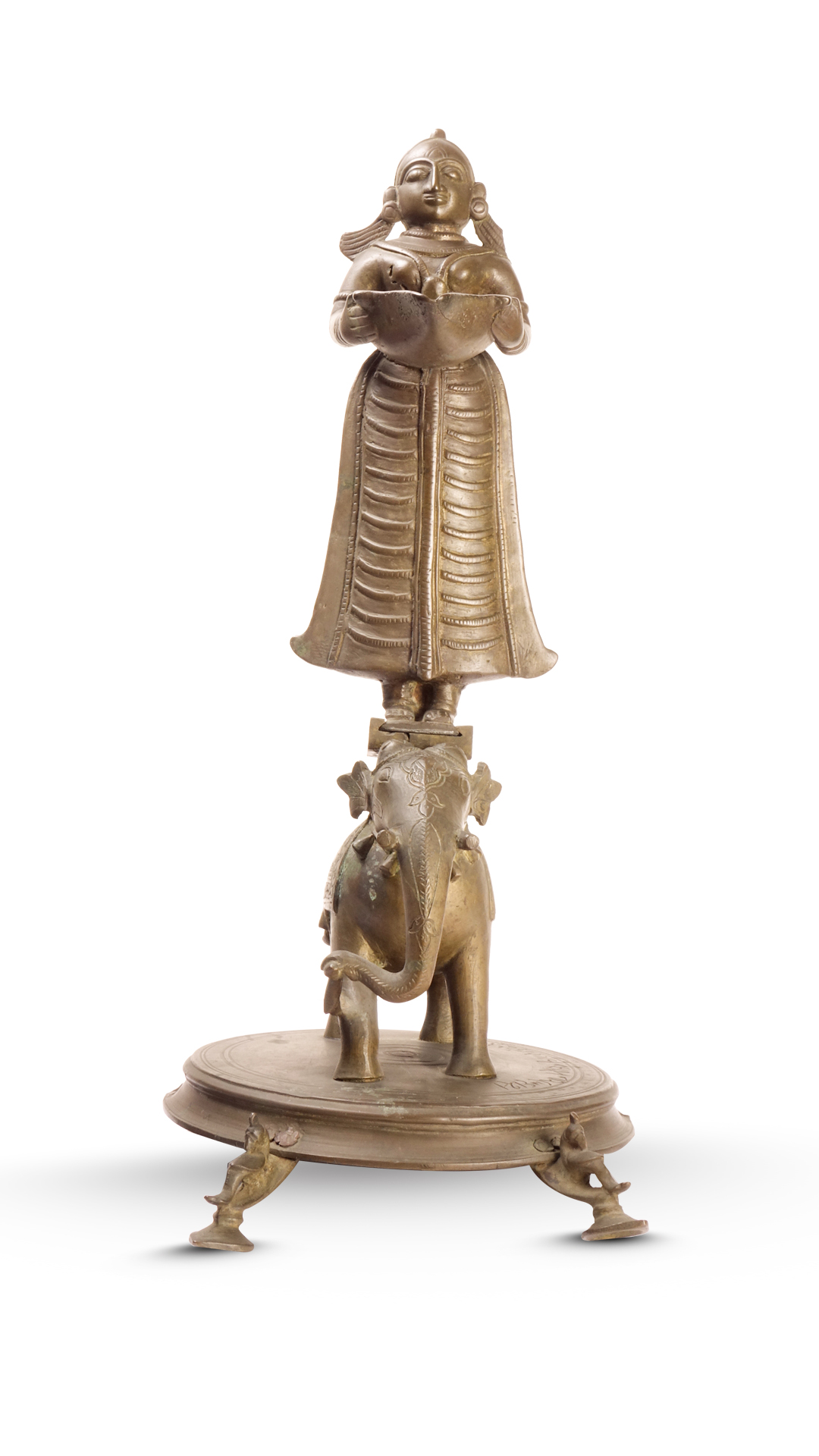 These elaborate lamps are used in temples on festive occasions. They symbolise the “Tree of Life” and depict a variety of birds, animals and vegetation. These lamps have a very complex design and are intricately made.

In Maharashtra, similar lamps in stone popularly known as Deepa stambha or Deepamala are an indispensable part of every temple. They can be as high as 10 feet and have ducts to keep small oil lamps. Construction or offering of deepamalas in temples is considered to be of high religious merit. 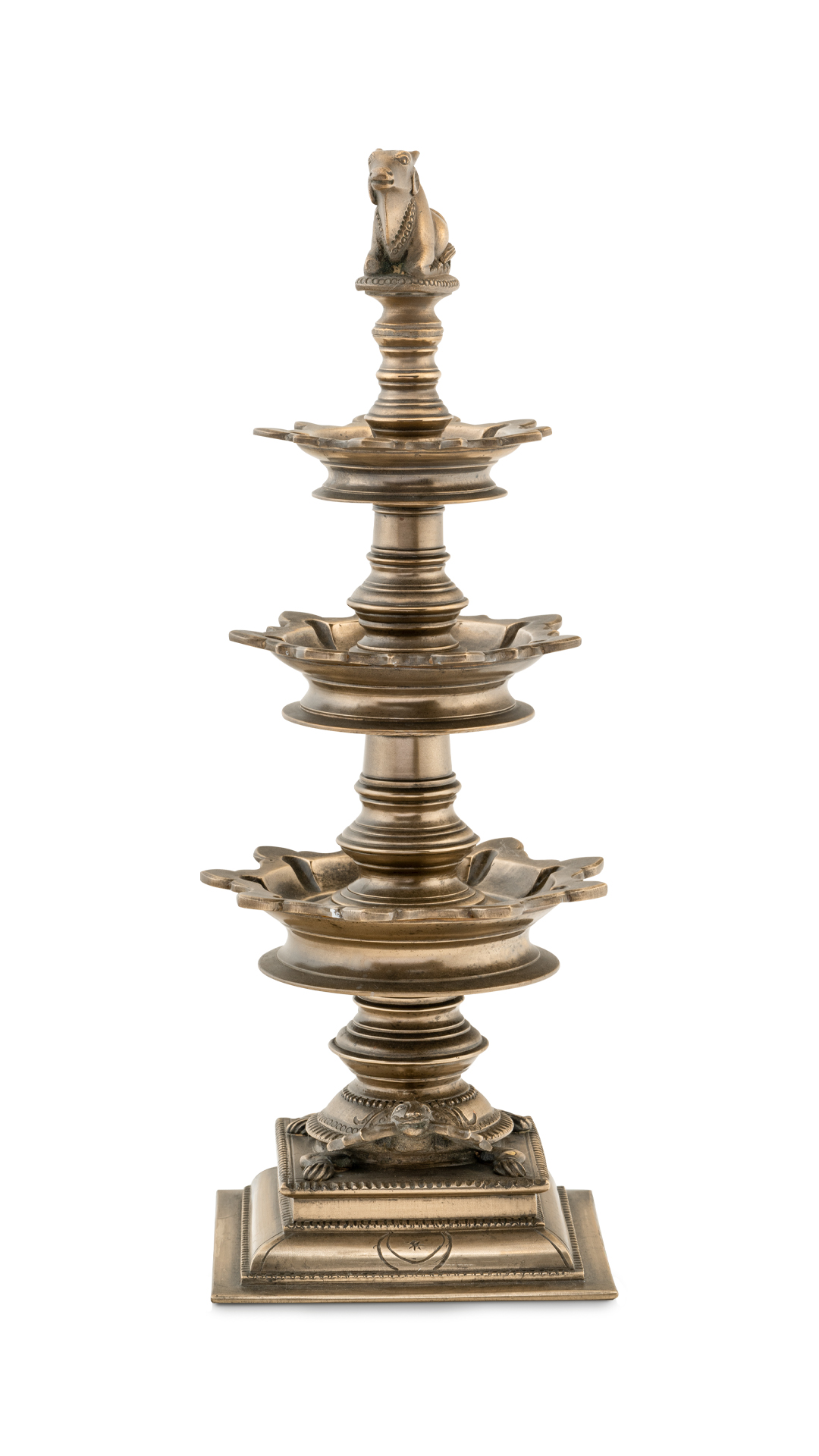 Perforated clay lamps were used in India from Harappan times. In the medieval period, perforated metal lamps generally made of brass and copper were introduced in India When such lamps are lit, they create attractive designs of light and shadow in the surrounding area. 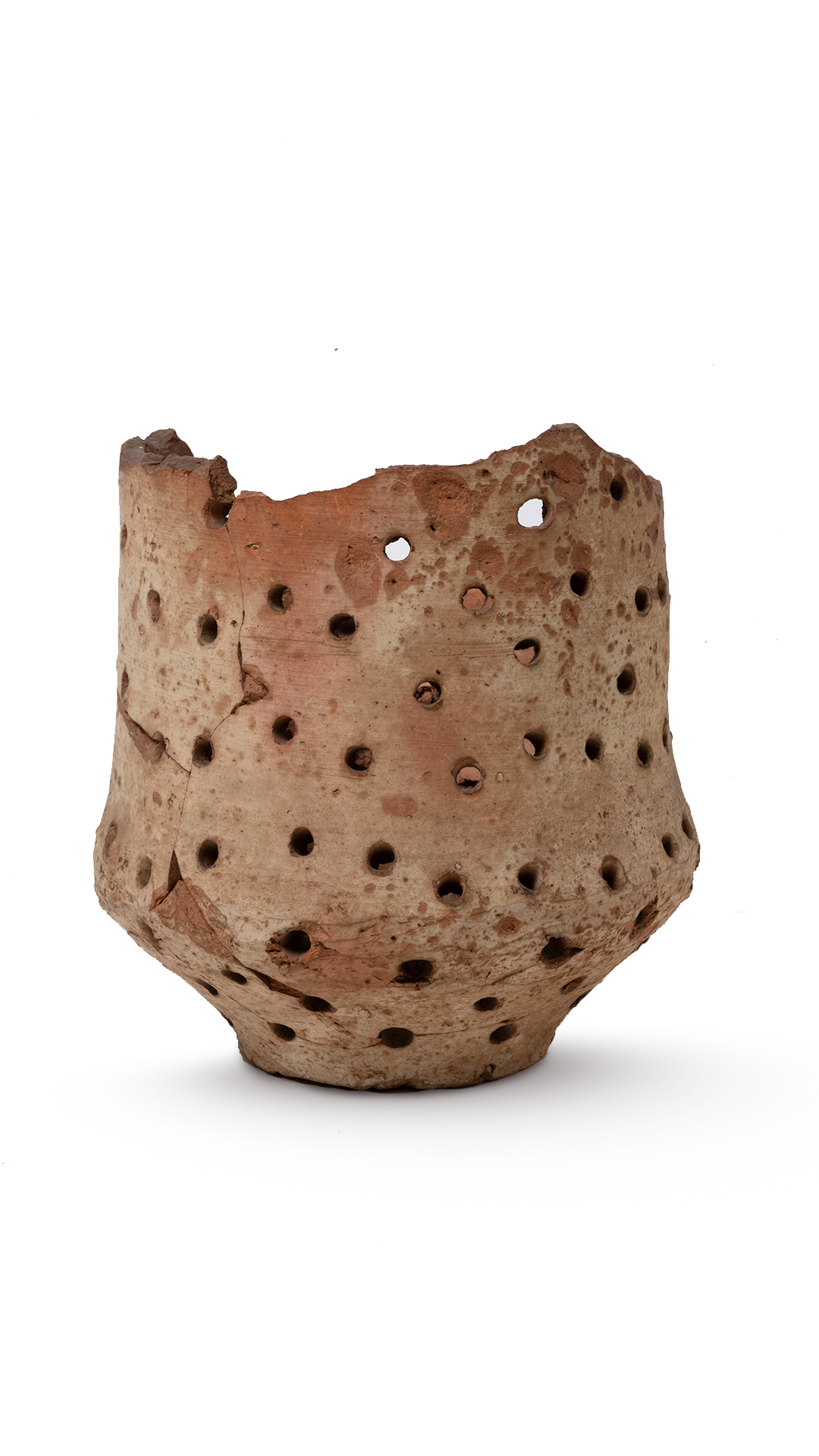 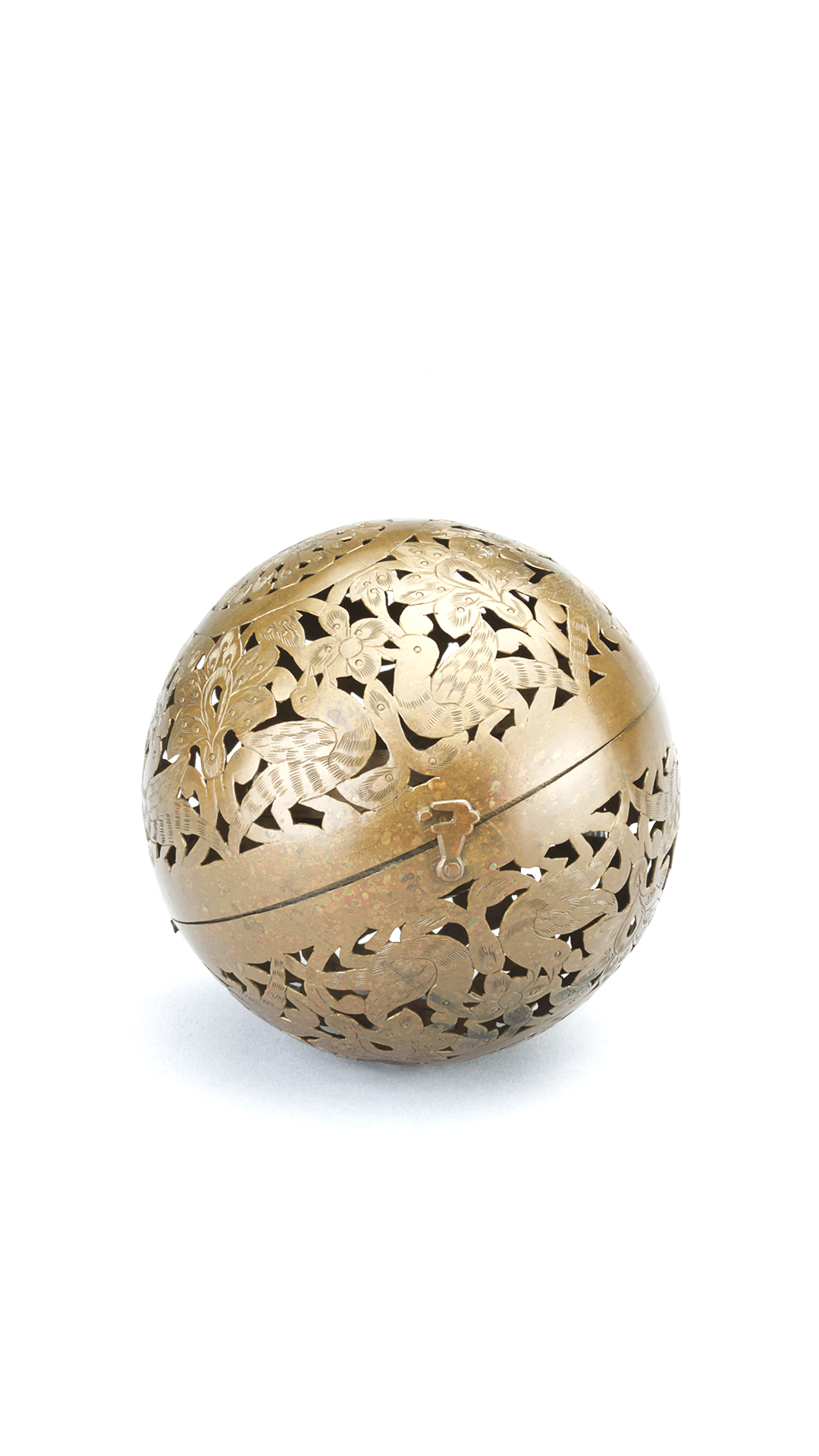 The round perforated rolling lamp shown here has a gyroscopic apparatus and is used by mariners on ships.